40 years in the future, space captain Ryan Clark and the crew of the luxury space cruise ship Avenue 5 navigate disgruntled passengers and unexpected events after experiencing technical difficulties onboard.

Avenue 5 has 1 seasons with a total of 9 episodes.

Eight Arms But No Hands

A search party commences for Matt, who’s in hiding with a guilty conscience – and the airlock codes. Iris questions Karen about her rumored affair with Ryan. Rav seeks an apology from Judd for ruining her life, as chaos ensues when a seat on a rescue shuttle suddenly becomes available. Season finale. 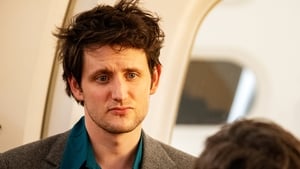 This Is Physically Hurting Me

While Karen oversees an effort to jettison non-essential passenger items, Billie tries to teach an inattentive Ryan how to dock the ship. Matt learns of Judd’s plan to make the “ultimate sacrifice” by returning to Earth. Meanwhile, the passengers suspect all is not as it seems with the journey. 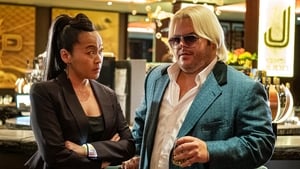 Are You a Spider, Matt?

Judd enlists Ryan to help charm Harrison Aimes, an uber-wealthy passenger who has a strange effect on Judd. Meanwhile, the passengers become transfixed by a divine image circling the ship and Rav deals with the fallout when the ship's moral quandary hits the media. 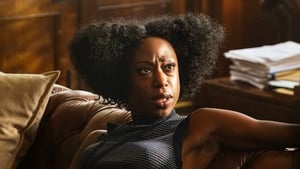 Was It Your Ears?

Rav attempts to secure funds for a rescue mission, while on the ship the stress begins to show when what appears to be an oxygen leak is detected. Meanwhile Judd hits on a plan to beautify the ship's recently gained orbital ring. 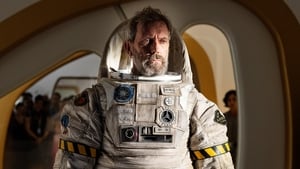 He's Only There To Stop His Skeleton Falling Over

Billie seeks her moment in the limelight after stepping in to help Ryan during the ship's newest crisis. Iris vets comedian Jordan Hatwal's material for the Halfway Home Party, which Judd has decided should go on as planned. Doug tries to get in the way of Mia's newfound sexual freedom. 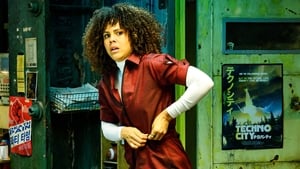 Wait a Minute, Then Who Was That on the Ladder?

With Judd worried about his reputation, Iris arranges a meet-and-greet with several passengers in his luxury suite. Frustrated by a bridge crew with no answers, Ryan and Billie bond with the engineers below deck. 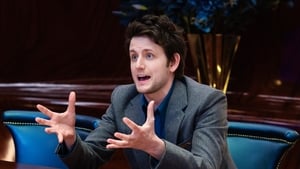 Judd outlines the plan for a rescue mission and tasks Iris with organizing a vigil on Earth to raise the money to fund it. Rav endures a barrage of messages from the ship and handles an unruly press conference. 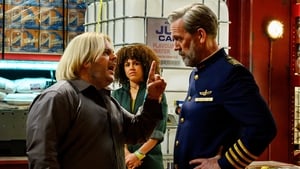 And Then He's Gonna Shoot Off...

Rav and her team meet with a NASA representative to plot a potential rescue mission. An engineer working in a hidden part of the ship has a surprisingly optimistic theory about the ship's future. Karen becomes a vocal advocate for passengers. 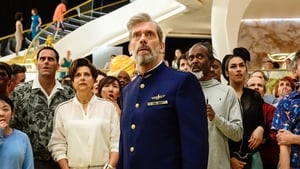 When a malfunction occurs aboard the luxury space cruise ship Avenue 5, it's up to engineer Billie McEvoy to warn Capt. Ryan Clark, owner Herman Judd and his right-hand woman Iris Kimura that the incident may have a cataclysmic knock-on effect.

Where can I buy Avenue 5 merchandise or memorabilia?

Who are the main characters in Avenue 5? - Top Billed Cast for Avenue 5

Avenue 5 was created by Armando Iannucci . If you would like to see more information about the creator(s) please click their name.

Who worked on Avenue 5 – Movie Crew

The TV show Avenue 5 had a total of 9 crew members work on it.

What network is Avenue 5 on?

What is Avenue 5 about? – Synopsis & Plot

40 years in the future, space captain Ryan Clark and the crew of the luxury space cruise ship Avenue 5 navigate disgruntled passengers and unexpected events after experiencing technical difficulties onboard.